A graduate of Russian at Trinity College, Dublin, Johnny worked as a journalist in Moscow and in Dublin in the early 1990's and then attended post-graduate studies in film at New York University. He wrote and directed his first short film, EMPIRE STATE in New York in 1997. Since then, Johnny has worked solidly in the TV and film industry, building up credits as a writer and director of documentaries, TV commercials and films including the short film THE TERMS, which won 21 prizes at international film festivals and was shortlisted for the 2003 Oscars. In 2005, Johnny teamed up with Mike Figgis to co-write and co-direct an experimental feature film, COMA. Since 2006, Johnny has lived in Moscow, working as a producer and director on a variety of Russian and foreign co-productions. He co-wrote and directed the Russian-language thriller PRYACHSYA (THE WEATHER STATION) due for release in the US in June 2013. He is currently in production on a contemporary multi-narrative drama, MOSCOW NEVER SLEEPS, which is an international co-production between Ireland and Russia and is supported by Eurimages. Johnny is represented by Hollywood talent agency, Creative Artists Agency (CAA). 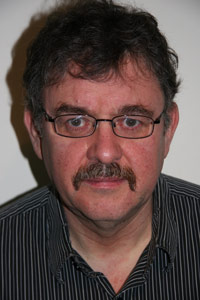 After completing his BSc at Trinity College, Paul’s career has spanned some five years in theatre and over twenty-five years in the film industry as a producer and production accountant for more than 30 productions. He has work with many directors including Jim Sheridan, Neil Jordan, Ron Howard, Anjelica Huston, Paul Greengrass and Ciaran Donnelly, with companies including Hell’s Kitchen, Universal Studios, Paramount Pictures, Warner Bros, Fox Searchlight, New Line Films, BBC and Granada TV in the production of many films including “The Guard”, “The Honeymooners”, “Laws of Attraction, “In America” , “Bloody Sunday”, “On The Edge”, “Borstal Boy”, “Agnes Brown”, “The Boxer”, “Michael Collins”, “Far and Away”, “December Bride”, “The Miracle” and the Oscar winning “In the Name of the Father”.